About the forum and awards

For the past three decades, IR Magazine has honored excellence in investor relations around the world. For the first time, we will be holding this event in a virtual setting to ensure we continue recognizing and helping further IR best practice. Last year’s event in Singapore attracted over 130 senior IR professionals from across Indonesia, Malaysia, the Philippines, Singapore and Thailand – this internationally renowned event looks at the very best the IR community has to offer through our forum and awards. This year we expect to to attract an even larger audience given the flexibility of the virtual environment. 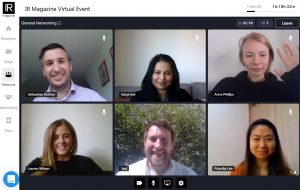 The event kicks off with a forum where investors, analysts and heads of IR from small, mid and large cap companies come together to discuss key issues relating to investor relations, corporate governance, shareholder needs and the role of senior management in IR.

Using the latest cutting edge technology available, our virtual event platform closely replicates being there in person with the chance to interact with speakers and have one-to-one networking in-between panel talks. A far cry from a traditional webinar format, the event features live chat with attendees as you watch sessions together and access to resource libraries to help publicly listed companies better respond to investor and analyst expectations. The forum sessions are followed by our awards ceremony.

We present two types of awards categories – researched and nominated – both celebrating the success of those individuals and companies that are leading the way in IR in South East Asia. For our researched categories, companies do not submit nominations. Instead, hundreds of analysts and investors cast their votes and give their opinions on which companies do the best IR in the region.

In our nominated categories, companies have the opportunity to submit a written entry, free of charge, for aspects of IR that complement our researched categories. More information can be found below. For the first time, we will be hosting the prestigious awards ceremony virtually. View the highlights from our IR Magazine USA Awards 2020 for a taste of what to expect!

At the forum, we will discuss the top issues for IR teams as you look ahead to plan for 2021. Click on a session to view details or view agenda as PDF here.

The IR Magazine Forum brings together award-winning IROs, leading investors and knowledgeable experts to share their experiences, vision and practical advice. This year's line-up will be announced shortly. Here are some of the experts who featured in 2019:

Our long-standing awards-by-research nominees are determined by the input of hundreds of analysts and portfolio managers, who vote for the companies, IROs and senior management who provide them with the best IR service across South East Asia. View details in the tab below.

This category is for individual IROs whose knowledge of their company and sector and whose ability to build relationships with members of the investment community and to be transparent, accessible and responsive, sets them apart.

Our awards by research are different from most others and also from our awards by nomination: for our awards by research, companies do not submit nominations. The winners are identified by in-depth research and any publicly traded company is eligible to be considered. This survey is the only one of its kind to go directly to the investment community, canvassing the opinions of the people who matter to you most.

May-July: Online survey
IR Magazine has been building investment community databases over the past 30 years. As part of the updating process, listed companies are contacted every year for details of the professionals who currently cover their stock. IR Magazine then conducts an electronic survey of buy-side and sell-side analysts and portfolio managers. Each survey respondent is asked to nominate and rank up to five companies in a host of different research categories, from best IRO to best reporting.

September-October: Results analysis & short lists announced
Analysis of the results begins once the survey stage of the research is complete. Points are allocated to each company depending on how frequently it is nominated. The companies with the highest point scores in each individual awards category make the short list for that award. The top company will go on to win the award. Best-in-sector awards are determined by the highest aggregate scores across all research categories.

The IR Magazine awards team receives the results and contacts all short listed companies to give them the good news. The short lists are then published to the entire IR community a month before the event.

December: Winners announced
This year’s winners will be announced at our virtual awards ceremony, attended by the leading lights of the Asian investor relations community.

January: Report published
After the event the Investor Perception Study – Asia report will be made available to professional subscribers to IR Magazine. This report will profile the top ranked companies and reveal information on how they conduct their IR activities and why investors voted for them.

"As a first timer I found the forums during the event very insightful. A lot of knowledge was shared, inspiring."

"So very well organized, program scheduling was fast-paced but very insightful, plus the panel speakers were very engaging."

"IR Magazine provides an excellent venue for IROs to converge, learn from each other's experiences and best practices and recognize key players who pioneer initiatives to raise the standards of investor relations.
"

Our awards-by-nomination categories differ from our traditional researched categories, as individuals and companies are given the opportunity to submit written entries, free of charge, to be put forward to a panel of expert judges made up of investment professionals and IR Magazine editorial members. Details in the tab below.

Are shareholders and analysts raving about the quality of your annual print or online report? Give us your vision of good reporting practice. Judges will be looking for a well-articulated equity story, ease of flow or navigation, state-of-the-art design and consistency/complementarity between different reports.

Have you recently dealt with an unexpected event threatening your company's business or reputation? Tell us about your ‘crisis ready’ plan, the strategy you implemented when the storm hit, and how the IR team’s actions successfully protected or restored shareholder value.

With investors increasingly integrating ESG criteria into their investment decisions, your firm has successfully ramped up its communications strategy about non-financial performance. Judges will be looking at how you tackle integrated thinking and reporting on the issues material to your business.

Did you hold a capital markets day, site visit or other investor event that made your company stand out from the crowd? Tell us how you came up with an original initiative, the way you managed its organization, and how your audience’s expectations were met; audience feedback is also welcome.

Best IR during a corporate transaction

Best IR during a corporate transaction

How did your IR team go above and beyond to support a recent corporate transaction? Let us know the details. We’ll be looking at the IR team’s involvement in crafting/releasing the messaging for the financial markets and how it organized outreach and dialogue to gain approval from key shareholders.

Best use of multimedia for IR

Best use of multimedia for IR

Are you a tech-savvy IRO always looking out for cutting-edge technological solutions for IR? Describe the innovative ways you have incorporated video, audio, infographics or webcasts into your IR program. Judges will be looking for evidence of heightened investor and analyst engagement via these channels.

This award seeks to honor individuals who bring fresh thinking and a unique approach to the profession. This category is open to anyone who has been working in IR for less than 5 years.

The 2020 nomination process is now closed and we are in the process of informing those who have been shortlisted. Should you have any questions, please contact [email protected]

The judging process is made up of three simple steps

The judges’ votes are not made public, but their comments may be published in articles or reports after the event. You can view last year’s winners here.

We are pleased to announce that the judges for this year are: 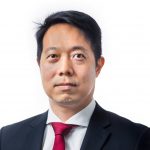 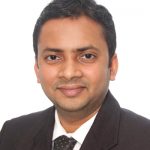 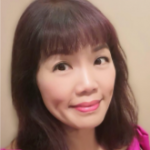 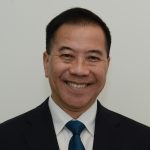 The South East Asia Forum & Awards brings together some of the most influential people in the IR community. Our audience recognize the sudden change of pace cannot be navigated alone and are constantly looking for partners to help shape their shareholder engagement strategy and execute it. This event provides partners an opportunity to position yourself as a critical partner to the community.

The unique buzz we create at our virtual events – which is a far cry from a traditional webinar – afford our partners exceptional opportunities to entertain visitors and show-case their expertise.

Becoming a partner means you will:

– Have the opportunity to support attendees at an event where they are looking for solutions
– Position yourself as a thought-leader and share expertise with your potential clients
– Get virtual face-time with senior decision-makers from the IR community
– Increase brand awareness and gain credibility through association with this timely event
– Generate qualified and targeted leads from the analytics provided by our virtual platform
– Be part of the community by participating in virtual roundtable discussions, understanding their challenges and sharing expertise
– Gain new business opportunities through higher-brand presence among potential clients
– Participate in one on one video chats to build relationships with new and existing customers
– Launch new products and solutions at our virtual event in your expo booth
– Exposure as the market leader in your chosen area by sponsoring the awards that best reflect your area of expertise

All our partnerships are created using a mix of branding, thought leadership, lead generation and meetings with your target audience. You tell us your objectives and we will work with you to create you a package that’s makes sense for your company and will help you achieve those objectives.

The majority of our attendees are heads of IR from across South East Asia who are being recognized for their fantastic contribution to IR. Each participant is someone with an established track record and a strategic IR role within his or her company. Some of those who joined us in 2019 include:

Please note that this is our early-bird rate. Any bookings made after November 6, 2020 will be charged at our standard rate of US$145. To register, please fill in the form below and we’ll send through login instructions. If you require any assistance with your booking, please contact [email protected] or on +44 20 8004 4989.