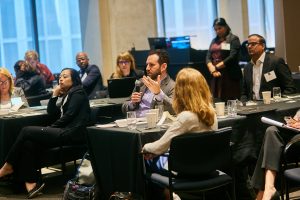 The forum took place as a virtual event designed for GRC professionals. It is a best practice event enabling participants to network, discuss, debate and dissect best practices and topical issues in the corporate governance world.

WHY ATTEND OUR VIRTUAL FORUMS?

Timely event: Covid-19 has further demonstrated the importance of identifying emerging risks and prioritizing investment in governance, risk and controls. With the year-end fast approaching, this event is perfectly positioned to help you take stock of the year-to-date, refocus and plan for 2020-2021
Benchmarking: it is a great opportunity to evaluate where you stand in comparison to your peers, how other companies have managed and overcome similar challenges
Unique format: far from a traditional webinar format, our virtual event platform enables attendees to have intimate discussions and participate in virtual roundtable debates with fellow GRC professionals
Discover something new: learn about new technologies, innovations, and services that are available to help to transform your governance strategy, increase productivity and make better decisions
Network with the community: meet with general counsels, corporate secretaries and experts in the governance, risk and compliance community 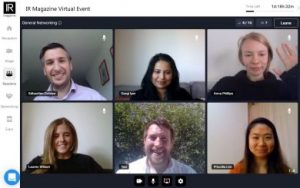 In light of the situation surrounding Covid-19 and putting the safety of our attendees first, the Corporate Secretary Forum – US took place as a virtual experience.

Using the latest cutting edge technology available, our virtual event platform closely replicates being there in person with the chance to interact with speakers and have one-to-one networking in-between panel talks.

Going virtual connects our attendees to even more attendees, from the comfort of their desk.

Timings are in ET (Eastern Time.)

At our forums, each participant is someone with an established track record and a strategic GRC role within his or her company. Attendees who joined us this year included:

What past attendees say

"The interaction among the corporate governance professionals is always interesting and informative. "

"Incredible learning and networking opportunity with participation by everyone. Thanks. Job well done."

"Fantastic small group setting of engaged professional sharing best practices and solutions. Thanks for including me!"

To access the replay, please fill in the form below and we’ll send through login instructions.