LIVE: 9am to 3pm Eastern. Available for replay 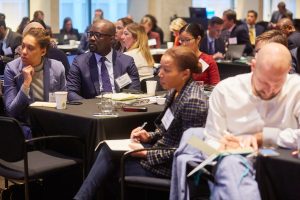 Telling your ESG story in a virtual environment!

Following on from the success of the ESG Integration Forum last year, Corporate Secretary and IR Magazine are back again this summer to discuss the outcomes of the proxy season this summer and help companies respond to the growing demand for improved ESG practices – only this time, virtually!

We’ll bring together investor relations, finance, sustainability, governance, risk and compliance experts all under one ‘roof’ on our virtual event platform to discuss the underlying factors that have driven the rise of ESG, learn about investor expectations, deepen
shareholder engagement, help companies identify and act on material risks, and better manage shareholder proposals in the ‘new normal’.

A far cry from a traditional webinar format, the event features virtual roundtable discussions, live chat with attendees, one on one video chats and extensive networking. The panel discussions will be also followed by a live Q&A with the audience and attendees have access to resource libraries to share information!

Sign up today to join us live and get key questions answered by experts. 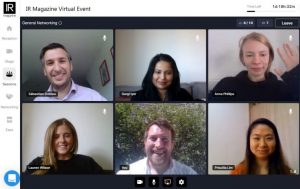 No problem! Sign up anyway and we will send you the on-demand recording to listen to at a time that’s convenient for you.

All times below are in EDT. View agenda as a PDF.

We'll be unveiling the list of panellists shortly. In the meantime, here is a line-up of speakers who've shared their expertise at this event in the past.

Attendees at this event are governance, IR and sustainability practitioners from publicly listed companies. Some of our past attendees include:

"The topics were very relevant across industries and company size"

"I enjoyed the dedicated and separate sessions on the E, S and G. This is clearly the way forward as it allows for more in- depth updates."

The ESG Integration forum brings together senior IROs, corporate secretaries and sustainability professionals from listed companies that are looking for resources, advice, expertise and innovative solutions to help them plot a course through uncertainty and deliver shareholder value.

Our audience recognise the sudden change of pace cannot be navigated alone and are constantly looking for partners to help shape their shareholder engagement strategy and execute it. This event provides partners an opportunity to position yourself as a critical partner to the community. The unique buzz we create at our virtual events – which is a far cry from a traditional webinar – afford our partners exceptional opportunities to entertain visitors and showcase know-how. 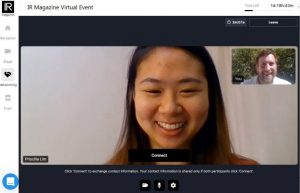 Becoming a partner means you will:

All our partnership packages are created using a mix of branding, thought leadership, lead generation and meetings with our audience. You tell us your objectives and we will work with you to create a package that’s makes sense for your company. To find out more about how we can help, contact Ian Richman or call on +1 212 430 6865.

ESG reporting in a crisis: A luxury firms cannot afford?

Growing evidence points to outperformance by companies with...

Findings in this report are based on data from the ...

This event is open to all investor relations, governance, risk and compliance professionals. Any bookings made after July 17, 2020 will be charged at our standard rate of $145. To register, please fill in the form below and we’ll send through login instructions. If you have any questions, please contact Priscilla Lim at [email protected] or +44 20 8004 4989.